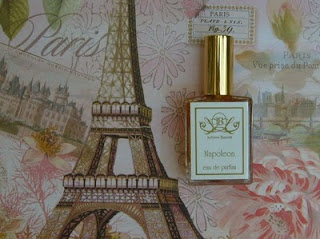 In 1991 I was in Paris on Bastille Day.  It was quite a celebration.  I was standing on the Pont Neuf - the new bridge...which is now the oldest bridge in Paris.  There was a crowd of people around me speaking many languages.  The Eiffel Tower was dark and all of a sudden the bottom 1/3 had the lights turned on.  Then the  middle section was lit up.  Finally the top was all lit up. All of a sudden there were fireworks exploding.

It was glorious.  For that one moment we were all united.  Vive la France!
Posted by JoAnne Bassett at 9:24 AM

JoAnne Bassett
I am a Luxury Natural Perfumer. I create Custom Perfumes.

Natural Fragrances for Women and Men